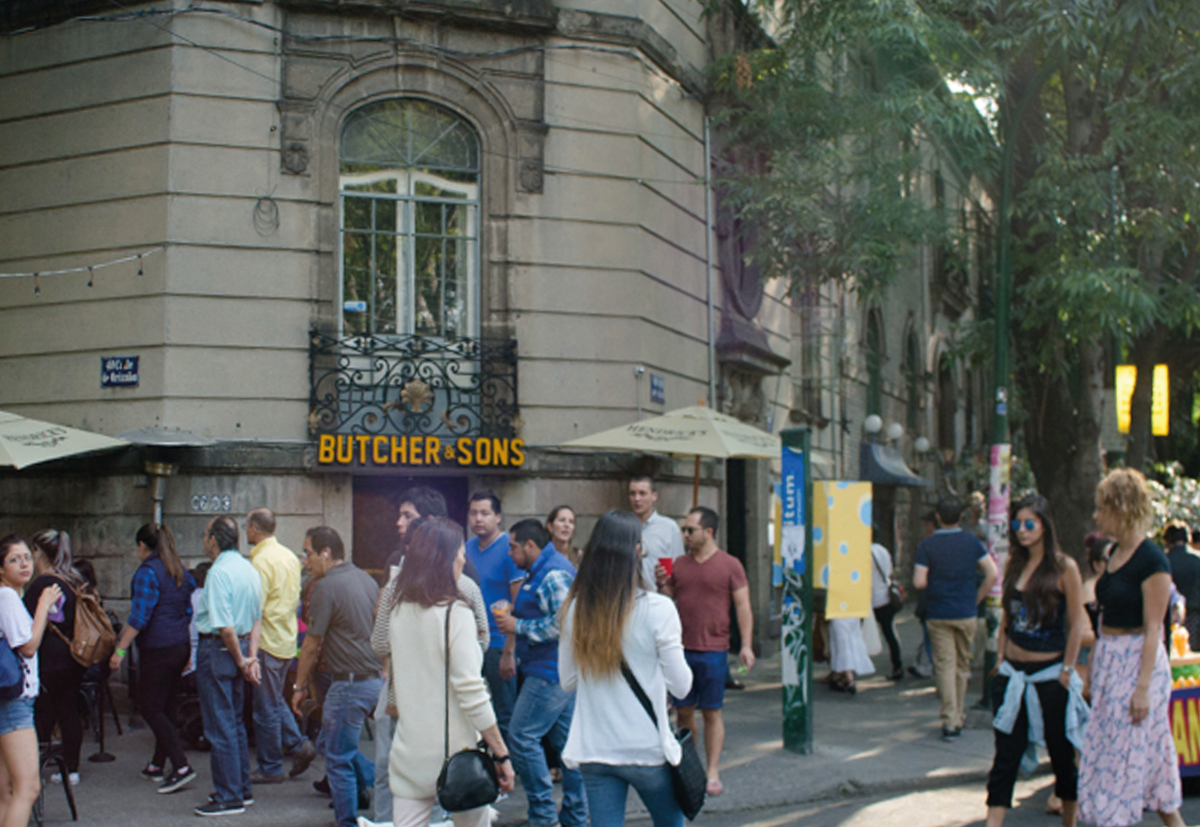 A pretty and interesting neighbourhood, famous for its Art Deco buildings, la Condesa has become the Bohemian and gastronomic zone of the city.

It is situated in the central zone and consists of the Condesa, Hipódromo and Hipódromo-Condesa neighbourhoods. The zone’s construction began in 1902 on the grounds of the Hacienda de la Condesa de Miravalle. This farm’s house is now residence to the Russian embassy. Av. Ámsterdam, one of the neighbourhood’s main avenues, was the racetrack of Mexico City’s Jockey Club, to which it owes its elliptic form.

La Condesa has two big parks: El Parque Mexico, finely decorated by jacaranda trees and artificial lakes, with its own architectural Art Déco theatre in the open where public shows take place on weekends. In the other park, el Parque España, there is a sculpture of an open hand in honour of President Lázaro Cárdenas, who had welcomed Spanish refugees seeking a new home during their civil war.

In the evenings, a bohemian atmosphere arises with restaurants, bars and places to listen to music and dance. Visit the streets of Amsterdam, Tamaulipas, Nuevo León and Michoacán to try typical Arabic, Argentinian, Italian, French, Cuban, Japanese, Mediterranean and Mexican food. You will also find small boutiques, bookshops, furniture shops and shops of original items.

Portrait of a Neighborhood: Condesa and Roma

The Top Things To Do In Condesa, Mexico City